Ugle is a wooden owl that can be controlled over the internet with an iPhone application. It lets you send colour-messages from your phone to your home. When you change the position of the colors on the owl on the screen, the physical owl turns it’s head to the chosen color.

The Ugle allows you to send messages to your home in the form of colors and invites the household to create their own langue around what the colors could mean. Yellow could for instance mean “I’ll be home soon”, while grey might be “Work is boring today” and blue “I’ll make dinner”. Used like this Ugle could be described as a form of slow messaging with a physical, place-specific and glanceable output. The colors could also be connected to other forms of data, like ambient-interface classics such as weather-forcasts, twitter-tags, incoming email etc.

The Ugle is is designed specifically for domestic settings like window stills or side tables and is made of lathed birch. It is connected to the internet through its own micro-controller and network unit, which means that it doesn’t need to be connected to a computer and could be placed anywhere with power and WiFi. 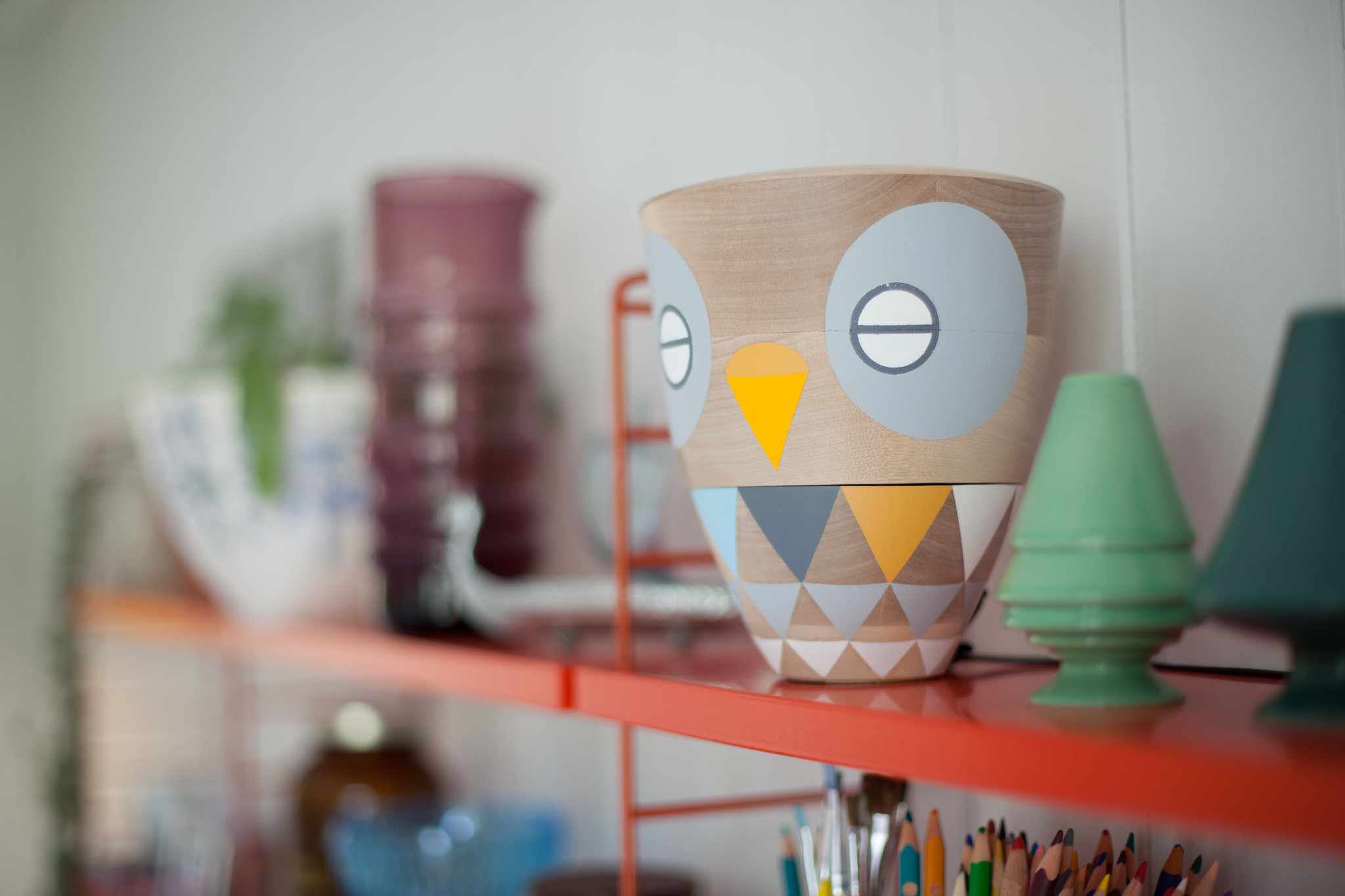 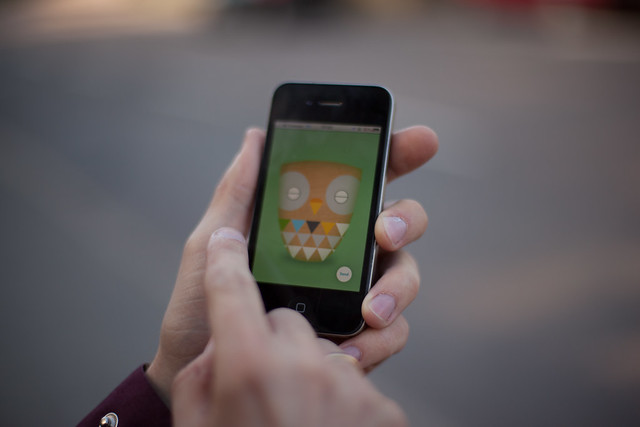 Ugle is a part of an ongoing project where we explore new forms for networked products in homes. Investigating materials, production quality, colours and pace as a way of bringing technology into domestic contexts. Ugle illustrates this approach by being a simple connection between an ornament and a phone application. Part decoration and part personal message system. It might be slightly nonsensical to use a wooden owl to send messages like this, but it is quite charming. The Ugle is a work-in-progress from the Hybrid project at AHO Interaction design. 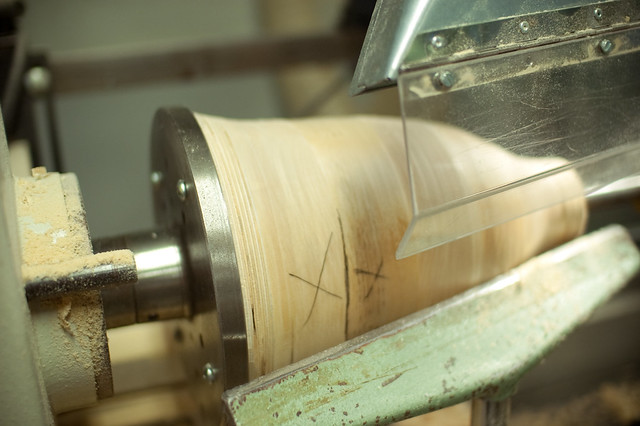 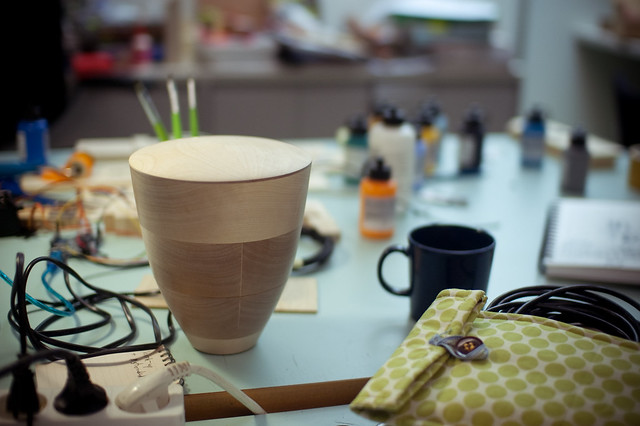 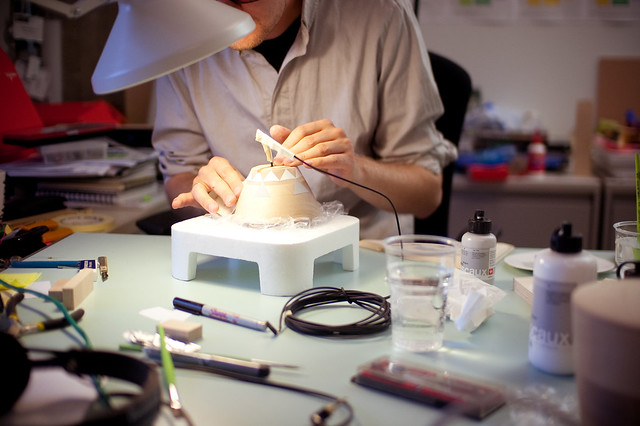 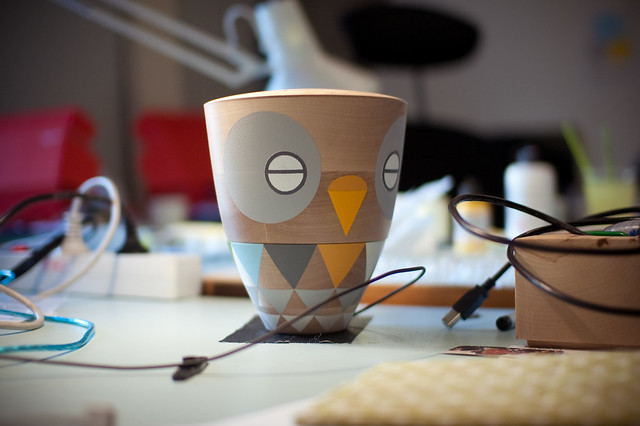